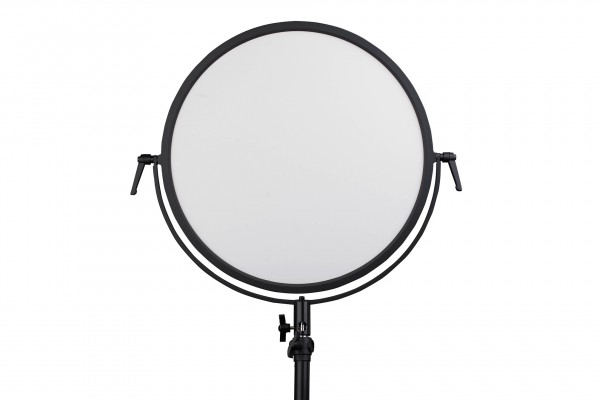 Area light, soft and glareless
S-2410C is a portable ultra-thin studio light, adopts 240pcs of ultra bright LEDs which distributed on the edge of the light body frame, through diffuser to form uniformly illuminated area light which is soft and glareless, and is very suitable for professional video and photography field such as mobile studios.

It also provides DC input socket, to power the light by the supplied AC-DC adaptor.