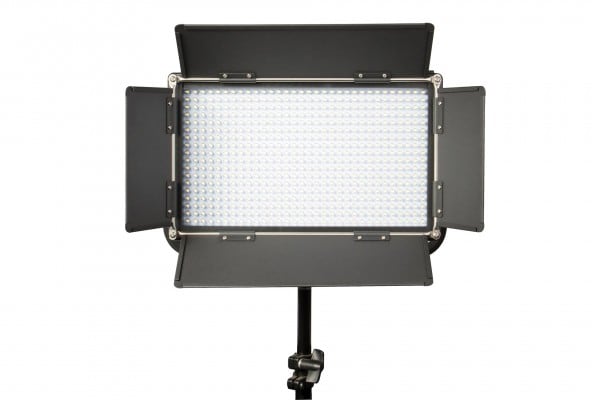 The S-2110CA is equipped with a Gold mount camera battery plate on the rear panel, and you can mount the Anton Bauer type batteries onto the light to get powered.
It also provides a 4-pin XLR DC input socket, to power the light by the AC-DC adaptor.

S-2110CA has a U-shape bracket, rotatable, and can be fixed on lighting tripod steadily.
* Lighting tripod is optional purchased.